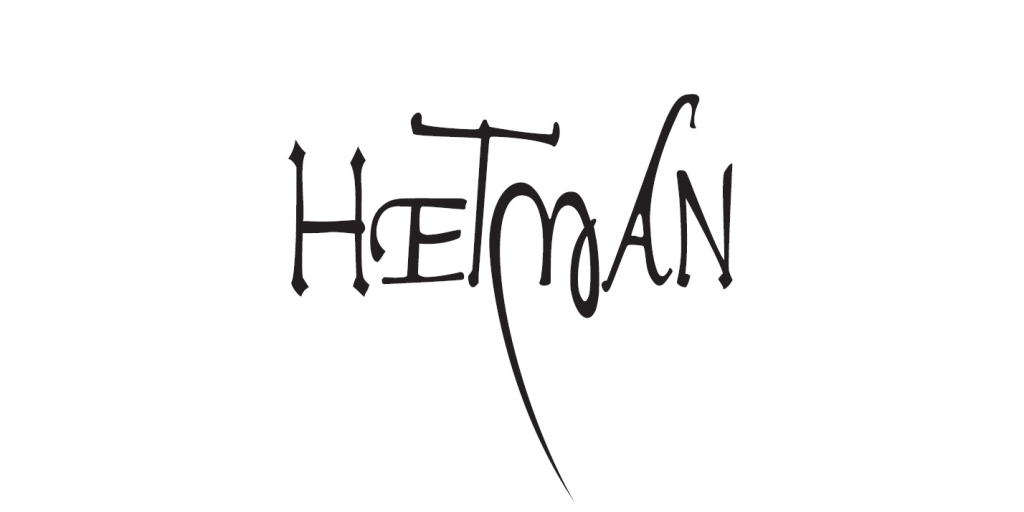 In 1782 a liquor factory was founded in Lviv. An expert in alcohol production, Juzef Adam Bcewski bought new technology lines in France and the Netherlands and built a new factory. He began exporting alcohol to France, Britain, Italy and Germany.

In 1996 the «Hetman» brand was founded. The company’s chosen name provided for a combination of high-quality production and features of the historical and cultural heritage. In 2002, in Lviv, a limited liability company «Hetman» was founded. The enterprise, whose capacity exceeded 3.5 million bottles per month, was equipped with modern high-quality equipment.The basis of the vodka production of the «Hetman» brands is a unique combination of the best production technologies, a multi-stage water treatment system and one of the most outstanding systems for cleaning vodka – «Mineral crystal».

«Hetman» factory sets new modern technological lines and begins to produce products for well-known brands and factories from all over Ukraine. Among them are Morosha, StarytskyLevytsky, Zapadenko, Banderivka.

In 2019 the factory produces more than 40 million bottles per year, and the range has grown to 160 product names.

The basis of all products – the use of only natural ingredients. Each blend of vodka passes assimilation and pours out after receiving a high grade on the tasting session of specialists.

Production technology includes a combination of classical technology with modern advances in the preparation of technological water, the creation of water similar to taste of spring water.

Today the production of vodka is also a modern technology without which it is impossible to obtain a high-quality product. The territory of the factory employs 5 modern technological lines of Italian production, which produce about 80 brands of different kinds of vodka. This year, more than 40 million bottles left the territory of warehouses of our factory and headed to all corners of Ukraine and the world.

Multi-stage system for creating process water with a taste of spring water. We are perhaps the first and the only in Ukraine to use mineral Carpathian water for the production of the  drink. We use a modern vodka filtration system based on the use of special adsorbents and rock crystal.

Alcohol of the «Lux» class

For the production of vodka we choose the best quality, cleaning and taste properties.  We use only high quality alcohol of the Lux class, which have been the most well-proven organoleptic indicators.

An ingredient that makes vodka qualitative and unique is the aromatic alcohols. For this purpose our technologists use aromatic alcohol and methods of our own production. For some varieties our specialists select the best Carpathian honey collected in relic carpathians, honey pollen, royal jelly, fruits, inflorescences and herbs.

Premium Vodka «Kyiv» is a unique combination of original design and high quality. It absorbed the feeling of a magnificent city and a sense of a person who admires Kyiv. Thanks to the multi-stage filtration process, «Kyiv» is the most popular strong drink of those who prefer the maximum purity.

High quality vodka «President» is made in Lviv – a city with the oldest in Europe history, culture and tradition of factory production of high-quality alcoholic beverages – since 1782! For more than 235 in Lviv, vodka manufacturing technologies have been preserved and refined according to traditional and original recipes. Vodka «President» arose as a result of the extraordinary discovery. In the laboratory archives of the vodka factory, the book «Gorzelnictwo» (1895, Lwow) – «Vodka» was found, in which the experience and recipes of the manufacture and cleaning of vodka drinks were collected in an industrial way. One of the recipes, based on the updated technology, formed the basis of «Pesident» vodka. The olden version of this recipe is comparable to the world history of the presidency (from 1789). In many countries presidents in the 18th and 20th centuries changed the monarchs. And if before that Lviv vodka had been supplied to the Tsisar and royal courts, then later to the presidential tables.

«Derzhava» is in vain considered the main vodka of the country. This is a noble strong drink, presented at official meetings, government and non-governmental receptions and diplomatic ceremonies. Vodka «Derzhava» is the winner of the most prestigious Ukrainian and foreign competitions. It is determined by the original recipe and non-traditional strength of 38%.

The first «Hetman» vodka production began immediately after the company was founded in 1996. It is a recognized leader among the domestic premium vodka. Has a characteristic classic bouquet, the perfection of which is not saturated with prescription fantasies. Like all vodkas trademark «Hetman» made from high quality wheat alcohol and exclusively natural ingredients.

Liqueur «Monopoliia Vyshneva» contains 50% of natural cherry juice, infusions of rose hip and guilder rose, collected in the Carpathian mountains. The most demanding liqueur connoisseurs will like its taste. 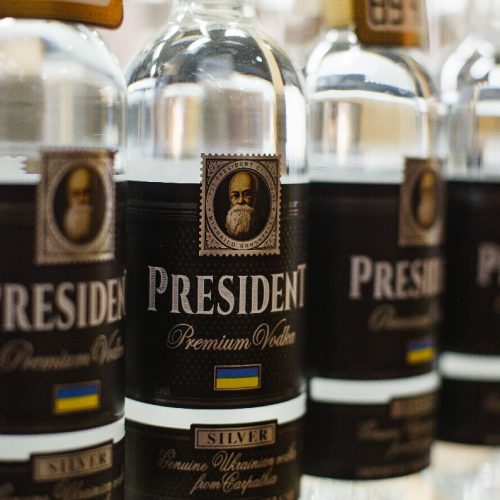 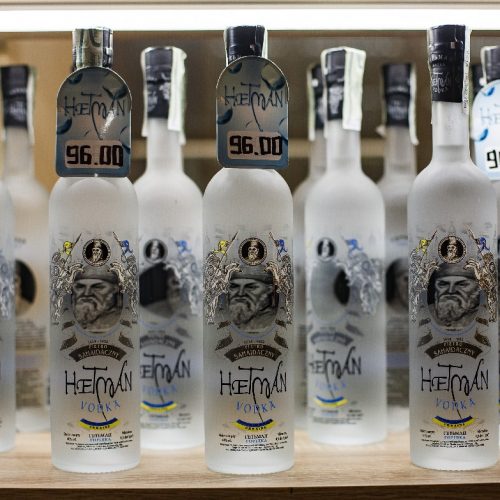 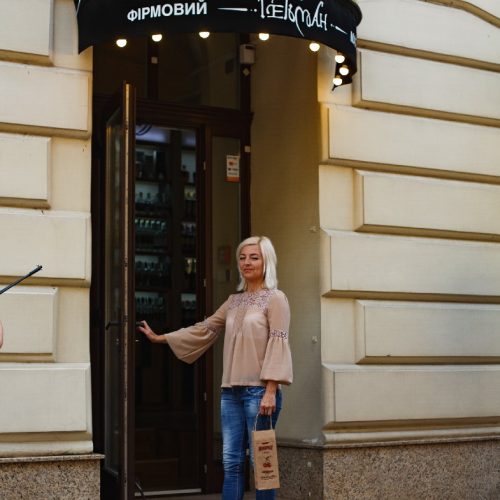 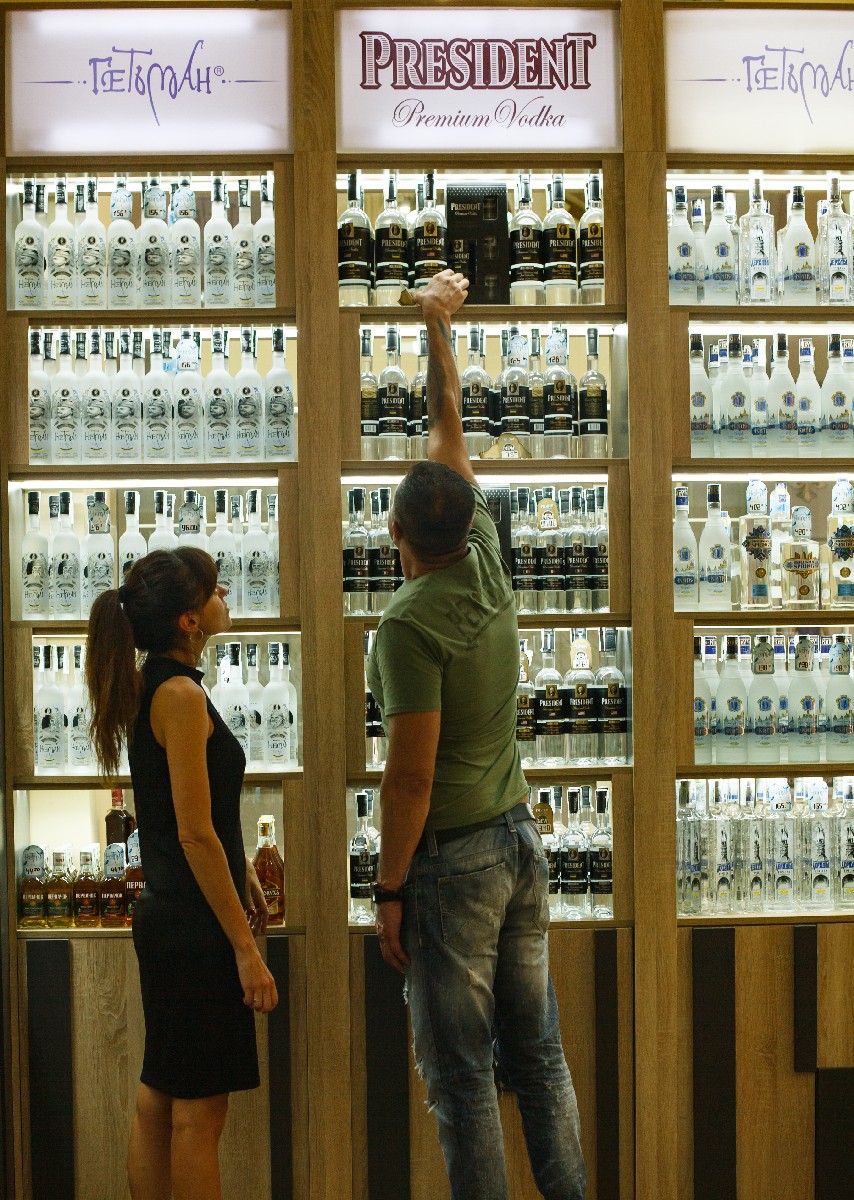